Cookie preferences
This website uses cookies, which are necessary for the technical operation of the website and are always set. Other cookies, which increase the comfort when using this website, are used for direct advertising or to facilitate interaction with other websites and social networks, are only set with your consent.
Configuration
Technically required
These cookies are necessary for the basic functions of the shop.
"Allow all cookies" cookie
"Decline all cookies" cookie
CSRF token
Cookie preferences
Currency change
Customer-specific caching
Individual prices
PayPal payments
Popups
Selected shop
Session
Comfort functions
These cookies are used to make the shopping experience even more appealing, for example for the recognition of the visitor.
Note
Store Locator
Statistics & Tracking
Affiliate program
Google Tag Manager
Track device being used
Categories

Moss as an air filter miracle weapon against fine dust 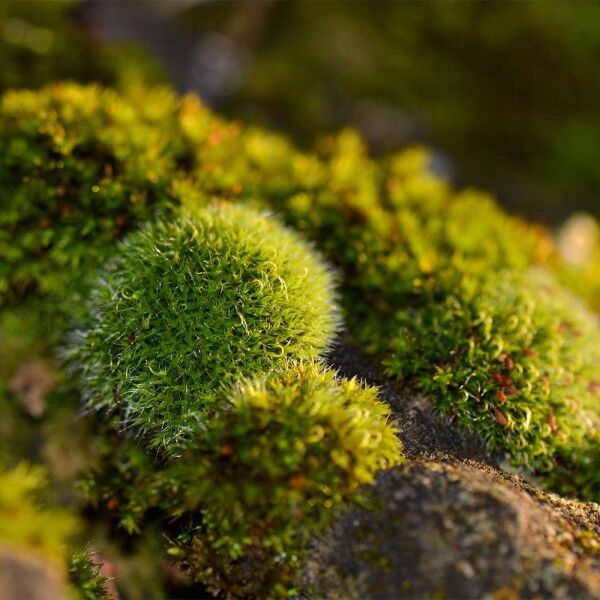 In your own garden it is usually very unpopular and difficult to remove. However, moss also has many positive aspects precisely because of this persistence.

Cities like Beijing, Shanghai or Hong Kong have been at the top of the headlines for years due to the heavily polluted air. But also in Germany more and more large cities - e.g. Stuttgart, Frankfurt or Berlin - are reaching alarming levels of fine dust pollution. The daily permitted limit value per city is 50 µg/m3 and may be exceeded on a maximum of 35 days per year. Stuttgart has surpassed this value for years and other cities such as Berlin or Weimar were also unable to comply with this value in the past. The call for air purifiers is therefore also growing in Germany (1, 2). Researchers were already able to prove an air filter function of mosses a few years ago. A combination of several factors makes the moss a natural air purifier. Moss consists of countless tiny leaves, which not only form a very large surface but also attract positively charged microparticles such as nitrogen and carbon dioxide due to the negative charge. The fine dust is then no longer released, because components of this serve as important nutrients for the mosses (3).

It is therefore not surprising that start-ups and also cities, municipalities and local authorities are increasingly developing ideas for the suitable use of moss walls against the high levels of particulate matter and for cleaner air. For example, the Start Up City Tree offers a moss wall solution that can be placed in public places but also next to busy roads, thus contributing to improved air quality. A wall can thus achieve the effect of around 275 trees. Moss walls of City Tree can already be admired in some cities such as Oslo, Paris, London and Brussels (4, 5). But a similar project was also started in Stuttgart in 2017. Cannstatter Street in Stuttgart is considered one of the dirtiest crossroads in Germany. This fact was to be counteracted by placing Germany's first large moss wall next to the road. Although the wall was dismantled in April this year to measure the effectiveness of the pilot study, we are certain that we will soon encounter even more moss in our cities - whether outdoors or indoors (6).

Even in preserved mosses for interiors there is much more than you think. Open-plan offices in particular benefit from the sound-insulating effect of moss walls and pictures. Iceland moss is also known as a natural humidity indicator and contributes to a healthy indoor climate through its ability to bind water. That's why we love moss not only because of its multifunctionality, it always creates a beautiful atMOSSphere.

You would also like to embellish your home with moss? Then discover our moss pictures in standard sizes or configure your own moss wall.

Tags: mosswall, fine dust, polluted air
Write a comment
{"delay":null,"waitPopupManager":false}
This website uses cookies, which are necessary for the technical operation of the website and are always set. Other cookies, which increase the usability of this website, serve for direct advertising or simplify interaction with other websites and social networks, will only be used with your consent.
Decline Configure Accept all